Listen to the song... 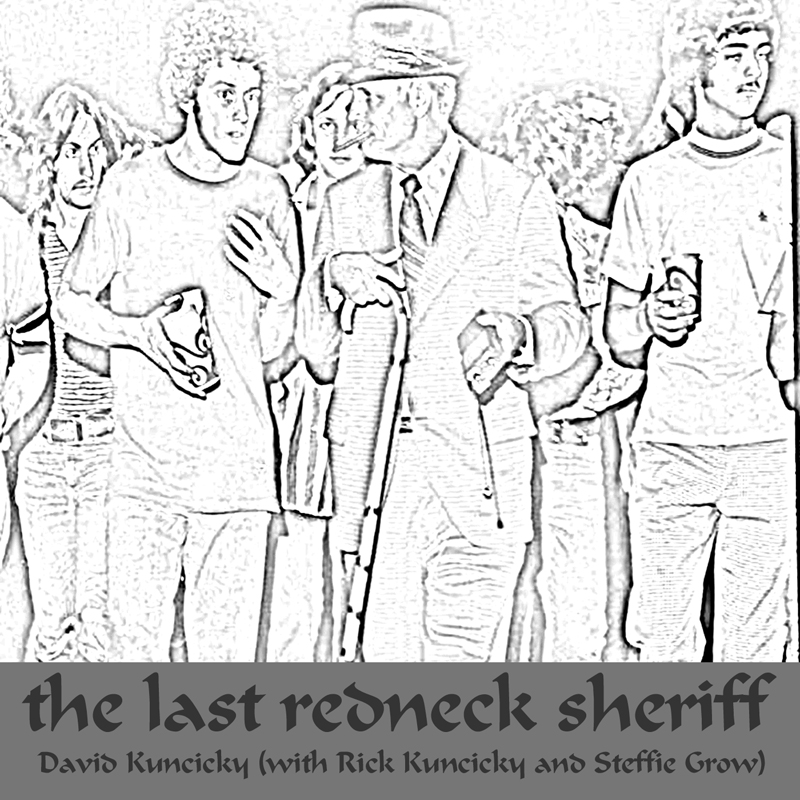 The song ... brought back a memory of being at the sit-in, blocking Tennessee Street in fall of '71. I remember the riot gear and the bayonettes, and the broke down paddy wagon in the Burger Chef parking lot, but most of all was the high sheriff strutting across the street with his fedora and the cigar. 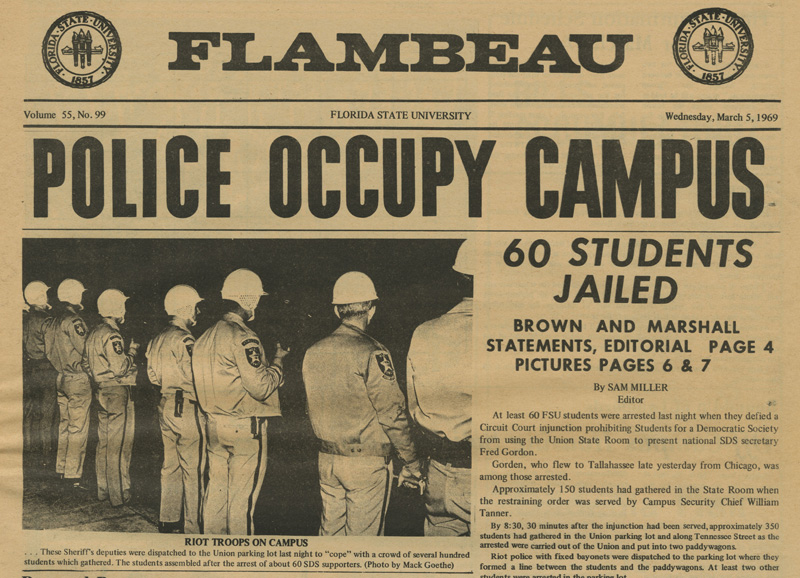 Charlie told me this story when Raymond Hamlin was sheriff, I don't know if it was true, but this is what he said that it was time to vote, voting day and Raymond Hamlin was at the polls, he was the sheriff of Tallahassee, Leon County. And this young black man came to vote and Raymond handed him a ballot and he said, " Son you can't vote unless you can read this." And the black boy said, " alright let me see it." So he handed it to him and Raymond Hamlin said, "Well what does it day?" And he said, "No black people gonna vote today." And Raymond laughed and said, " That's right." And what is was, the ballot, what he asked him to read was in Chinese, he had to read that before he could get a voting ballot, of course he couldn't read Chinese but he knew no black man were going to vote today. 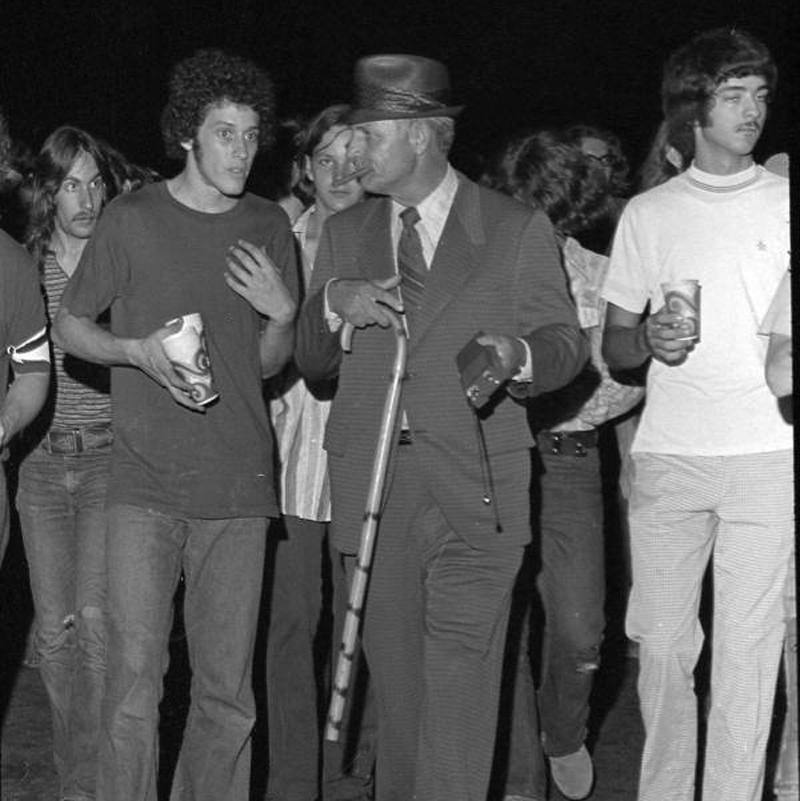 On the evening of March 4, about 150 students gathered in the Florida Room of the University Union to listen to SDS National Secretary Fred Gordon. Earlier that day, President Marshall had obtained a temporary injunction that made it unlawful for SDS to occupy that room. Only a few minutes into the meeting, Leon County Sheriff Raymond Hamlin, Campus Security Chief William Tanner, Student Body President Canter Brown, and about ten other police officers entered the room. Chief Tanner read Marshall's injunction aloud and warned that the students had fifteen minutes to evacuate or face arrest. Some students left but the officers arrested those sixty who remained, including speaker Fred Gordon and Australian exchange student Phil Sanford, the founder and leader of FSU's chapter of SDS.

Authorities led the arrestees outside where a crowd of about 350 to 500 students had gathered and a line of riot police, helmeted and armed with fixed bayonets, made a path from the building to the police vans. The students yelled and jeered at the police; several stood in front of the trucks and others banged on the sides. After the trucks and the riot police had gone, abut 900 students gathered in front of Wescott and called for amnesty for those arrested and a student strike. The next day, the front page of the Flambeau described the events as the "Night of the Bayonets."

The "Night of the Bayonets" was the most dramatic event at FSU in the sixties and is perhaps how FSU acquired the ill-deserved nickname "Berkeley of the South" despite the clear discrepancy in the level of violence and student participation between the two schools.

Shades of 1969: Protest crackdown reminds some of 'Night of the Bayonets' at FSU

Retired attorney George Waas, who had just stepped down as Flambeau editor and became attorney general for the FSU Student Government Association, said he was on the side of Tennessee Street during the Night of the Bayonets. Waas said he overheard someone ask an officer if their rifles were loaded. He assured the man they weren’t.

“It was scary to see,” Waas said of the fixed bayonets. “There wasn’t any actual physical confrontation that I could see, but emotions were high. Eventually it just dissipated.”